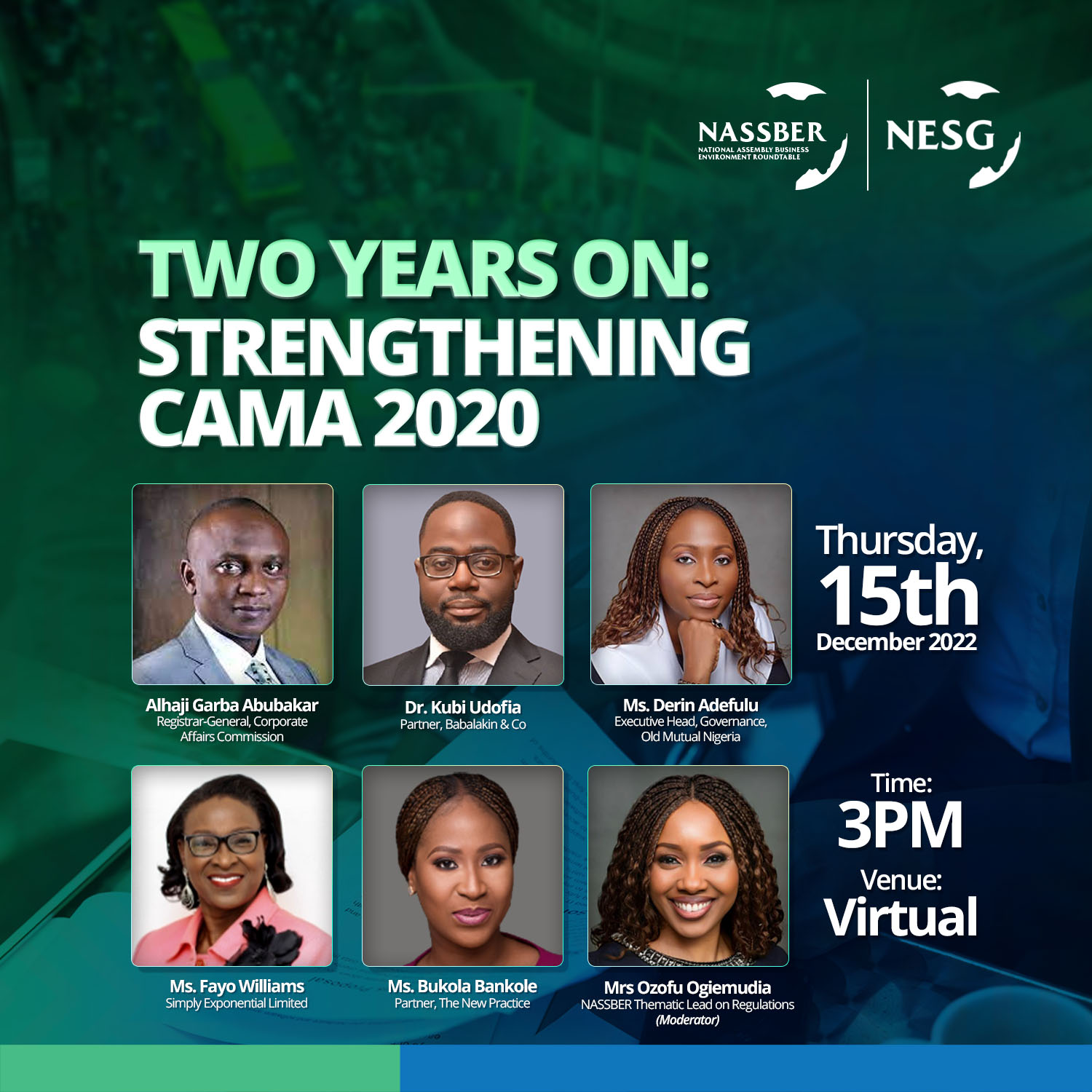 The Companies and Allied Matters Act (CAMA) 2020 was created to remove the procedural restrictions and bottlenecks that make both the formation and operation of a company difficult, and to foster a climate in which Micro, Small, and Medium Scale Enterprises (MSMEs) in Nigeria can do business with more ease, and consequently, flourish. MSMEs contribute considerably to job and wealth creation, and the growth of the National Gross Domestic Product (GDP), as well as to the reduction of unemployment in Nigeria, where they employ 86.3 percent of the workforce. MSMEs also play a vital role in driving economic transformation.

To improve the ease of doing business in Nigeria and provide a fair and contemporary framework for company law, which is essential for the economic performance of businesses in Nigeria, CAMA 2020 has remained one of NASSBER's priority laws. Despite some minor difficulties, CAMA 2020 has lived up to its promise.

While the CAMA 2020 is the principal legislation that governs the conduct of corporate organisations in Nigeria, none of the teething pains being experienced by the Nigerian business community as they get accustomed to the changes introduced by the CAMA 2020 have been captured in any of the pending bills. NASSBER has identified several areas that should be considered to strengthen the law. They include

In this regard, NASSBER will host a webinar on CAMA 2020 with the theme, “Two Years On: Strengthening CAMA 2020”. It is a follow-up to the maiden webinar held in September 2021 to mark the first anniversary of CAMA 2020. The purpose of the event will be to assess the impact of CAMA 2020 on the Nigerian business environment, two years after it became law, and deliberate on additional measures and provisions to strengthen the law towards improving Nigeria’s business environment.

The objectives of the Webinar are to

Launch of the Diagnostic Report .. Read